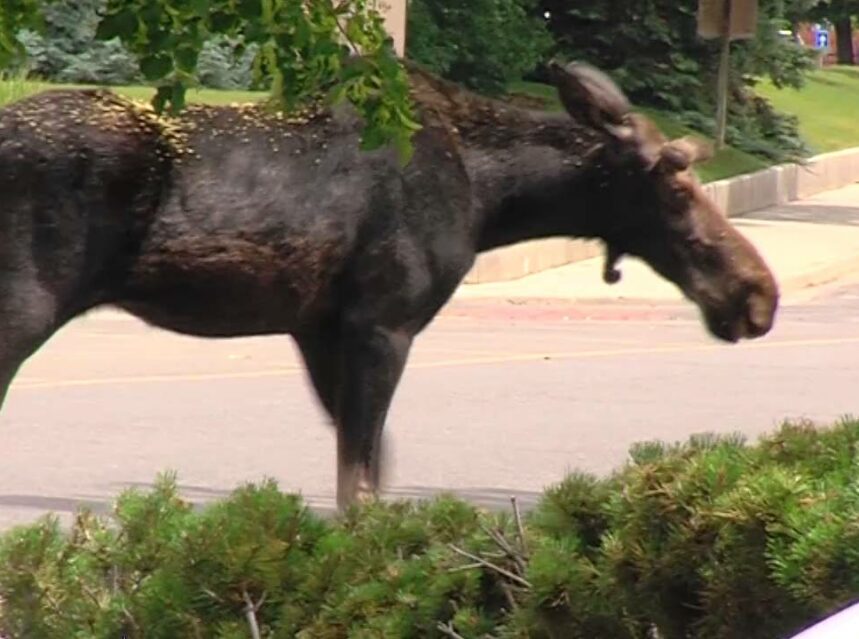 There’s a moose on the loose in Toronto. Yup, you read that correctly. An adult moose was first spotted near the Buttonville Airport where it went on a full speed run through streets, parking lots, and backyards. The Ministry of Natural Resources even had to step in.

People can’t help but comment on how Canadian this whole situation is.

lol theres a moose on the loose in the gta

this is canada eh?

The moose was first spotted  early this morning in a wooded area between the Buttonville runway and the 404 highway. The plan was the Ministry of Natural Resources (MNR) would come in and tranquilize the big animal, and move it out of the area. But that didn’t happen. The moose got up and started running. At one point, it was galloping down the street. Then in parking lots and various industrial buildings before turning back toward the airport. There was a very close call when the massive animal went out into traffic, crossing the street.

Around 11 o’clock, the moose started to move east. There was a live video of the moose on the loose.

There is a live chase of a Moose on the loose north of Toronto. You can watch the live stream here: https://t.co/KRtPje81tc

This is also mating season for the animal. It is a bull, which means it can be very aggressive if cornered. It may even charge at people. The animal is now in the Markham area. OPP and York Regional Police are advising motorists to be careful because if the moose were to dart out on a road, it could be dangerous and even deadly.

The MNR have eyes on the moose now and they say that they are letting it rest and the plan is to tranquilize it and then relocate it.