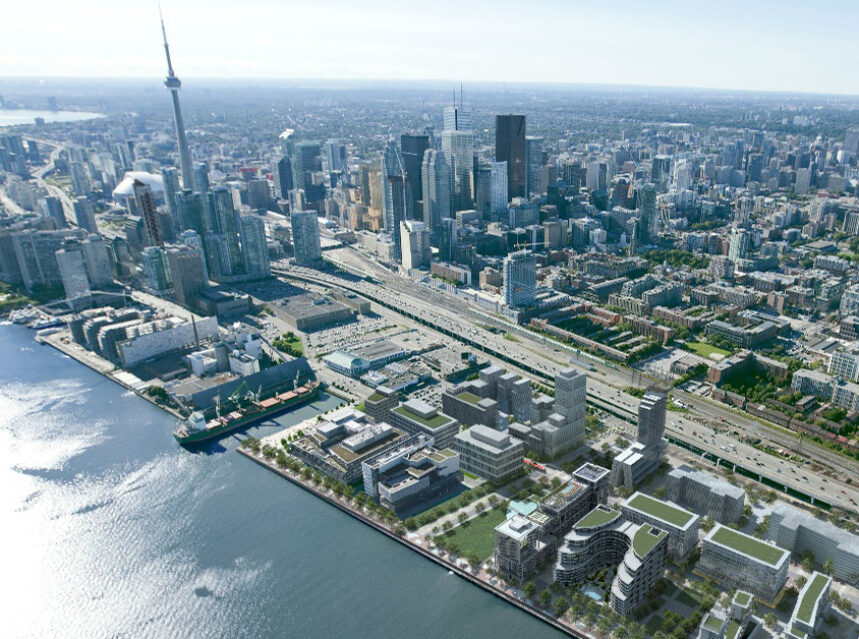 Toronto Waterfront project – The massive city project that was announced in the early 2000’s has been “on going” for years now and Torontonians have been eagerly waiting to see what is going to happen to their waterfront landscape.

Over the 30 year life of the Toronto Waterfront renewal project, it is anticipated that approximately 5 million square feet of commercial development and 30,000 residential units, including affordable housing, will be built in the West Don Lands, East Bay front and Lower Don Lands neighbourhoods, and much more across the wider designated waterfront area. New cultural facilities, parks, public spaces, transits as well as a full range of community services and amenities will support the new communities as well as the city at large.

Much of the designated waterfront area in the revitalization project includes prime downtown Toronto locations in West Don Lands, East Bay front and the Port Lands. Now that Sherburne Common, Ontario Place and, more recently (in 2015) Queens  Quay  – where a safer bike lane and esplanade has revitalized this lakefront street – have been completed, all eyes are now turned on Quayside, as the revitalization plan for this public redevelopment project has been shared last week in the medias.

Quayside might become a 12-acres “smart city” on Toronto’s eastern waterfront. Self-driving cars might replace privately owned vehicles. High-tech sensors and cameras could be used to collect on the environment, noise levels and traffic to improve quality of life and to analyze traffic flows to improve commutes in the future.

Another wish is to have parks within 100 metres for all residents to use 12 months a year. The main objective is to eliminate much of the infrastructure that clutters up the streets: traffic lights and sings, and also to narrow them and make them safer.

A portion of the housing units that will be built in Quayside will be “affordable,” as the city hopes to see development begin in about three years in “smart city”. The objective is to increase the number of affordable subsidized homes so that Quayside’s population would be diverse and not only reserved for the tech-savvy crowd.

This week, new details were also released about Bathurst Quay, an upcoming neighbourhood that will eventually regroup the districts of Canada Malting silos, Ireland Park and Eireann Quay.

The new Bathurst Quay area will include the revitalization of under-used buildings, renovations of dock walls from Portland Strip to Billy Bishop Ferry, the construction of a new pedestrian path and an outdoor esplanade.