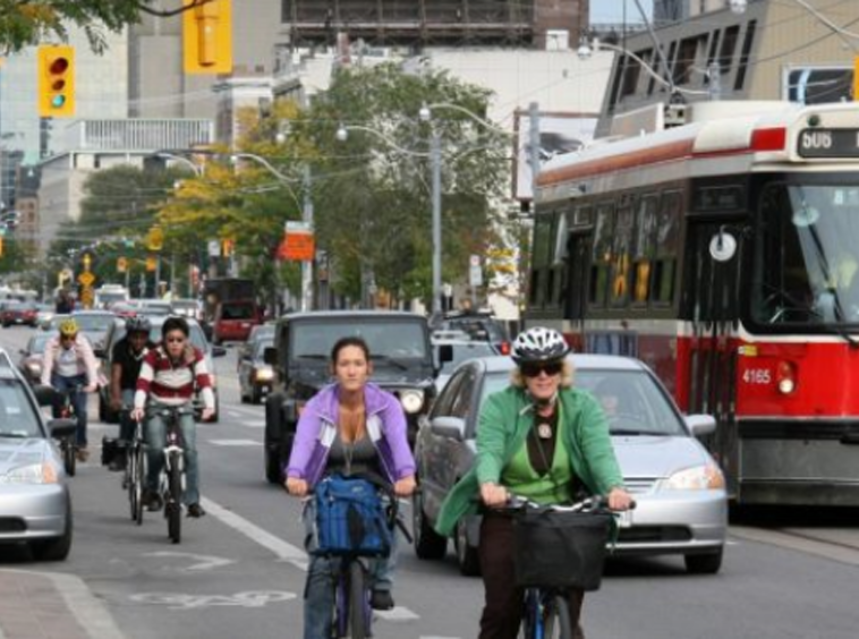 TORONTO, May 28. 2022 – Calling all cyclists looking for even more motivation! Bike Month – Toronto’s annual celebration of cycling – will kick off on Monday, May 30 with the annual group ride to Nathan Phillips Square on Bike to Work Day.

Cyclists from across the city are invited to join the group commute at one of four starting points and ride to Nathan Phillips Square for a group celebration, co-hosted by the City of Toronto and Cycle Toronto. Each of the four official group rides will have at least two Cycle Toronto Ride Guides to ensure riders stay on course and arrive safely.

The four official meetup points and start times are:

Bike Month encourages Torontonians to ride more often and raises awareness of cycling as a great way to get around the city. From May 30 to June 30, Bike Month features hundreds of bicycle-themed events across Toronto, including guided bike tours, cycling workshops and social events.

Since 1989, the City has worked with the cycling community to encourage people to get on their bikes. The City is partnering with Cycle Toronto again this year to deliver Bike Month programming. Bike Month 2022 is supported regionally by Smart Commute, and locally by the City.

Cycling is the fastest growing mode of transportation in Toronto. Since Toronto’s Cycling Network Plan was approved in 2019, 64 kilometres of new bikeways have been installed with 47 kilometres of existing bikeways receiving upgrades and safety enhancements.

More information about the Bike to Work Day group commute and Bike Month is available on the Bike Month 2022 webpage .