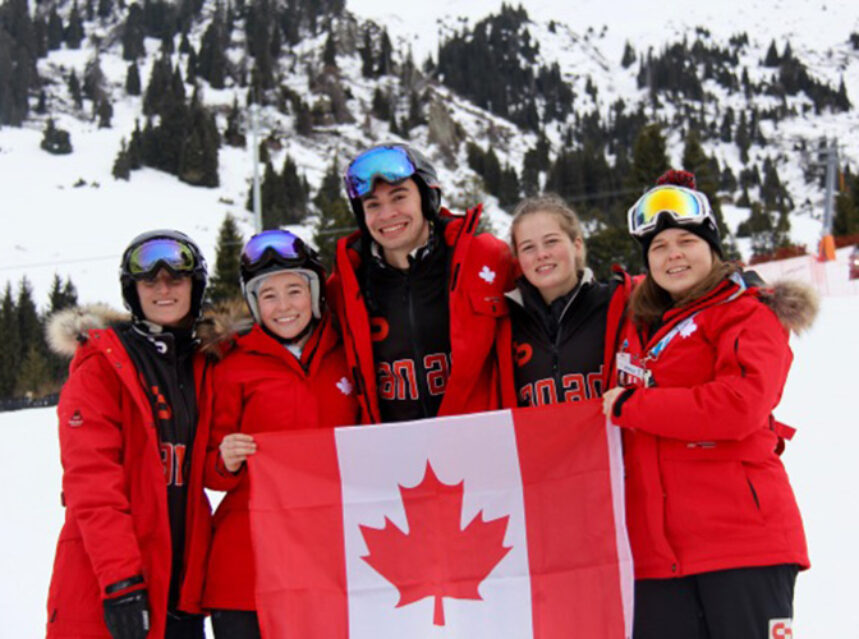 Canada came oh-so-close to capturing its first medal of the 28th Winter Universiade on Tuesday courtesy of Toronto snowboarder Jennifer Hawkrigg, who left everything on the slopes on her way to a fourth-place finish in the women’s parallel slalom.

Other Canadian highlights on the fourth day of competition in Almaty included an impressive win over perennial contender Sweden in women’s curling, as well as a solid first run in the women’s combined by alpine skier Hannah Schmidt of Dunrobin, Ont., who stands in 13th position after the slalom with the Super G set for Wednesday.

Toronto snowboarder Jennifer Hawkrigg made it all the way to the Final Four of the parallel slalom, only to suffer back-to-back heartbreaks.

In the semifinal round, the Ryerson University student gave eventual gold medallist Weronika Biela of Poland all she could handle, losing by a mere three hundredths of a second over two runs after conceding her opponent a significant advantage of 1.29 seconds in the first race.

Hawkrigg then had a second shot at the podium in the bronze-medal duel against Poland’s Karolina Sztokfisz, but she could barely push with her leg during that contest due to a knee injury suffered in a freak accident at the bottom of the hill immediately after her second semifinal race.

Against Sztokfisz, the Canadian once again found herself trailing by 1.29 seconds after falling in the opening run, and her medal hopes vanished when she also fell in the second race.

“Today was awesome in general. I was pretty consistent in all of my runs in the beginning. At the end of the day, I’m very happy because I put together the best string of runs I had in a while. I was neck-and-neck with the gold medallist, we were basically tied,” said Toronto snowboarder Jennifer Hawkrigg. “I’m so happy to be able to compete for Canada and do so well for my country, especially against such a strong field. Obviously, the day didn’t quite end the way I wanted to, but it was really an awesome experience.”

Three other Canadians snowboarders advanced past the qualifications of the parallel slalom, including Mackenzie Hamilton of Carlisle, Ont., and Emma Van Groningen of Cambridge, Ont., in the women’s event, as well as of Andrew Hildebrand of Toronto on the men’s side. None were able to make it past the round of 16 however and they ended up 12th, 15th and 10th, respectively.

“Overall it was a pretty good two days of racing events, with three athletes making it out of the qualifications on Monday, and four more today. I was very impressed with the level of competition at these FISU Games,” said head coach Patrik Gaudet. “When it comes to Jennifer, she beat some very solid opponents to reach the small final. I wouldn’t say her fourth place is a surprise because she has the potential for that kind of performance. Obviously, fourth is always a bittersweet result. It’s heartbreaking because she was a few mistakes away from a medal.”

Feature Photo caption: Snowboarder Jennifer Hawkrigg of Toronto, left everything on the slopes on her way to a fourth-place finish in the women’s parallel slalom.