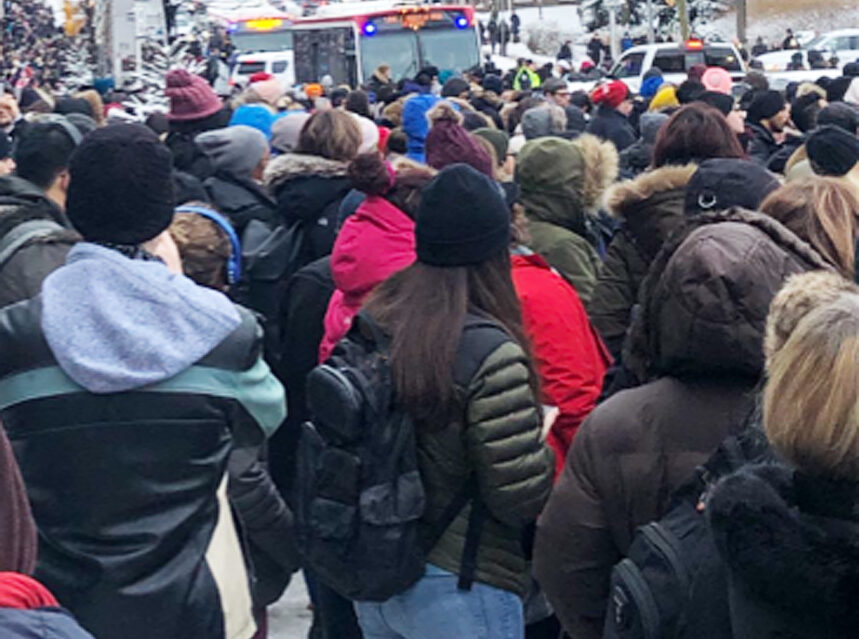 Toronto subway service was shut down along Bloor from 7 am to 10 am this morning between Jane and Ossington stations due to a fire, which broke out at Dundas West Station.

The fire was caused by a wooden cover board contacting the third rail, according to a Twitter post by TTC spokesperson, Stuart Green. He went on to say that the situation became more complicated when “a non-TTC person on board a trapped train improperly opened a door, letting smoke in.”

“This morning’s west-end TTC commute was frustrating for all involved, tweeted TTC spokesperson Stuart Green. “Honestly, we get that and we apologize. Our subway infrastructure crews are still looking into root cases of the fire that halted service for three hours,” Green continued in his tweet.

Green continues to explain exactly what happened. “This is the second time in a month we’ve had an issue possibly related to the age of Line 2. that’s why our CEO previously ordered an infrastructure review of the line. As outlined in our Capital Investment Plan, modernizing electrical systems will be a huge part of that.

Passengers on a train heading west between Lansdowne and Dundas West were forced to evacuate through the subway tunnel until reaching the platform. The power to that portion of the line was cut for safety reasons.

Green continues to explain that “A 2nd fire (at Chester Stn.) was cased by debris falling/being thrown (we don’t know which) on tracks, contacting the power rail. Both were in addition to a significant disruption on the 504B streetcar route. We review every delay to learn from them and make improvements.”