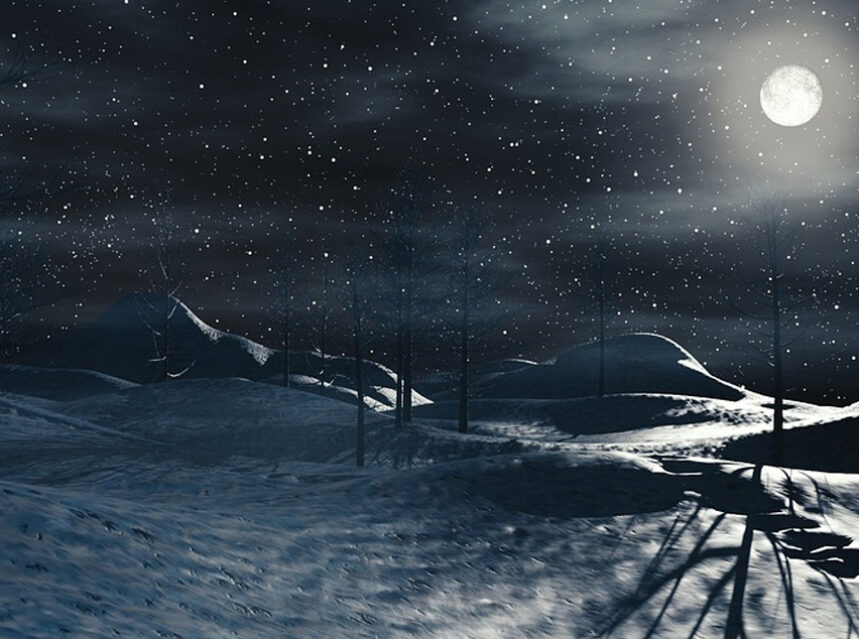 Full Snow Moon over Toronto this weekend – February 26 – 27 — TORONTO, ON. Feb. 26. 2021 —This weekend when Torontonians look to the east-northeast night sky they should see the Full Snow Moon. It appears full on February 26 and 27, 2021. In North America, we call the February full moon the Snow Moon, Hunger Moon or Wolf Moon.

Native North American tribes and colonials established the naming of each moon based on weather conditions, farming routines and hunting trends. February’s full moon is called a Snow Moon because February is typically a snowy month in North America. Some indigenous tribes also called the February full moon the “hunger moon” or the “little famine moon” because the harsh weather made it tougher for hunters to find food.

The Farmers’ Almanac says that early American colonists referred to February’s full moon as the “trapper’s moon,” because “the optimal time for trapping beaver, fox and mink, was the dead of winter, when these animals’ coats were at their fullest.”

On Sunday the nearly full moon is scheduled to rise at 7:29 p.m. in the eastern sky.

EarthSky says on Friday February 26, you might see the bright star Regulus pop out near the moon. It is also know as Cor Leonis or the Lion’s Heart and is located in the constellation Leo. By February 27, the moon will have moved on in its orbit, shifting continually eastward in front of the stars. It’ll still be in Leo, though, and bright Regulus will still be nearby.

The next full moon, known as the “worm moon” and occurs on March 28, 2021. It’s called a full worm moon because it is the time of year when earthworms emerge from the soil as winter turns to spring.

Image by GooKingSword from Pixabay