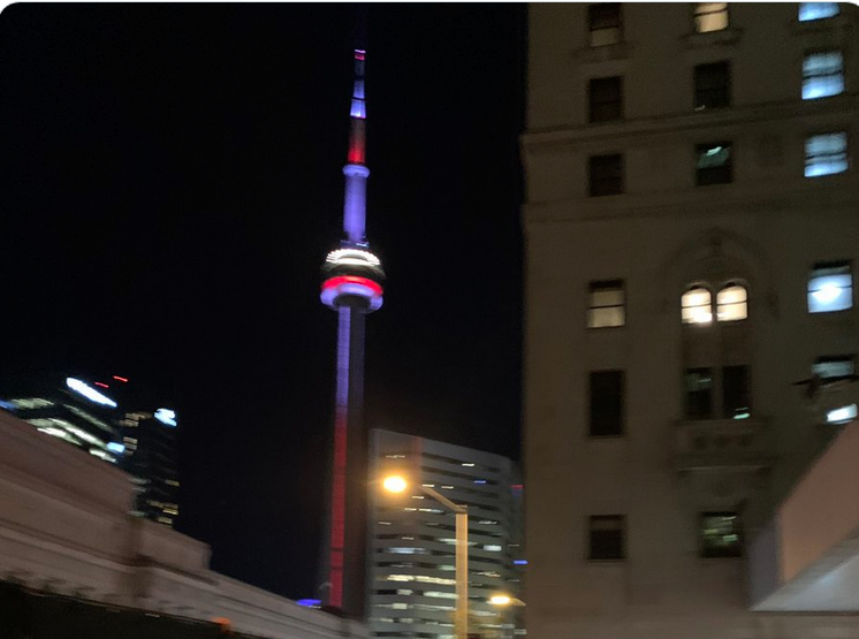 Mike Milbury, made Twitter members giddy last night after the NBCSports NHL analyst tweeted about the Space Needle being an appropriate backdrop during the crazy quintuple overtime game, held between Tampa Bay and Columbus at Scotiabank Arena.

Even the social media team from the Space Needle that is actually located in Seattle, got into the act poking fun at the former Bruins enforcer-come-hockey analyst.

A barrage of jokes and over 2,500 comments ensued, following the case of mistaken identity. One person tweeted a photo of the Parliament Buildings in Ottawa, suggesting that it was the White House. Another person tweeted out a picture of the Calgary tower and said that everyone knows the Space Needle is in Edmonton. And things went downhill from there.

Milbury also gained notoriety for the infamous ‘Shoe Incident’ that occurred following a 4–3 Bruins victory over the New York Rangers at Madison Square Garden on December 23, 1979. During an on-ice brawl a Rangers fan had cut Bruins’ tough guy Stan Jonathan’s face with a rolled-up program and grabbed his hockey stick. Bruins winger, Terry O’Reilly – number 7 on Bleacher Report’s Top 10 enforcers of all time – climbed over the glass and chased the offender in the stands, followed by one the their top scorers, Peter McNab and other teammates. Milbury, raced back from the locker room to join in, caught the unruly spectator, removed one of his shoes and, while holding the heel end, slapped him hard once with the sole side before being restrained. This incident also resulted in the installation of higher glass panels enclosing rinks in hockey arenas.

Mistaking the CN Tower for Seattle’s Space Needle hardly compares to beating a fan with a shoe but it has certainly given fans and undoubtedly the NBC hockey analyst something to chuckle about during the NHL playoffs being held in Toronto and Edmonton. Who knows, but perhaps all the talk about the NHL’s newest franchise, the Seattle Kraken caused the confusion.