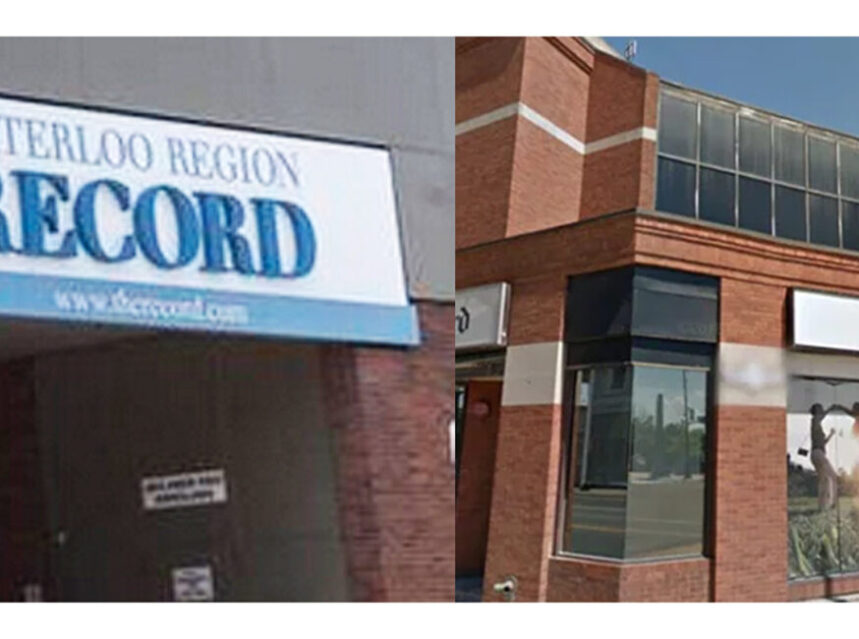 TORONTO, March 22, 2021 — Some historic Canadian newsrooms will soon only exist in their journalist’s home offices, as newspaper and online media giant now owned by Nordstar looks to save on the expenses of physical offices amid the COVID-19 pandemic.

Torstar has announced the permanent closure of its physical office spaces for the longstanding Waterloo Region Record and the St. Catharines Standard by the end of next month.

The closure at The Record is the physical office space in Market Square, at King and Scott streets. the Record’s print and digital publications will continue as usual. The closure is expected to occur at the end of April.

“To be clear, we are only closing our physical office and we remain committed to providing our valued readers with quality local journalism in both print and digital,” said Neil Oliver, executive vice president and president of daily news brands for Torstar Corporation, which owns the Record and other daily and community newspapers.

The St. Catharines Standard was started in 1891, by W. B. Burgoyne and is the largest daily newspaper in the Niagara area and now their King Street office will be closed. The staff for all three of its community papers, including the Review and Tribune, like most people have been working from home for the last year and managed to keep their readers informed with few hiccups.

Neil Oliver has also reaffirmed that the two historic local media outlets “remain committed to providing our valued readers with quality local journalism in both in print and digital.”

Technological advances to make it easier for working remotely has made it possible to operate some many newsrooms without physical offices. The shuttering of physical news offices follows similar a closure of the New York Daily News media office, and is expected to continue throughout the industry as media outlets look for ways to cut costs and continue to compete with other media giants.